You need to know when to walk away … 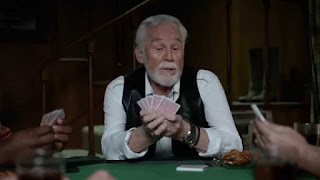 In The Gambler, Kenny Rogers sings that “You’ve got to know when to walk away.” He’s referring of course to playing cards. Rental properties can be the same way.  It’s tough to find one at the right price and provides a respectable cash flow. Yet sometimes when one does come along, you still have to walk away. Let me give you an example ...

I saw a “For Sale By Owner” sign in front of a duplex in an area I drove past regularly. So I made the call to see the place. It turned out the owner wanted to sell five duplexes that were on the same street. He refused to consider selling one or two separately. It was all five or nothing.

Five duplexes next to each other was an attractive thought. I was looking to expand my business. And it would make maintenance a snap, especially during the summer when the grass had to be mowed weekly. I called my mortgage broker to make sure I could borrow that much money. Still, buying them all at once was a big financial commitment.

On the outside, not too bad. CBS construction. The roofs didn’t have any missing shingles. Although I figured they would need replacing in a few years. I planned on getting my roofer to give them a good look if this deal went any further.

Inside was another story …

When he opened the door of the first unit, roaches scurried out of our way. Holes were in several walls, and there was a huge water stain on the living room ceiling. The bathtub had a three-inch rust hole towards the top.

The unit had three small bedrooms and one bath, adequate for four people—six at most. But from the piles of clothes, dishes, and baby toys it was obvious many more were calling this home.

I asked him how many people lived there. “As long as they pay me cash each week, I don’t know and I don’t care,” he replied.

The other units were in about the same condition. So I told him I’d get back to him if I had further interest.

Eventually the “For Sale” sign came down. I have no idea if he sold the duplexes. I’m sure the cash flow was good. I never asked. But the concept of facing a bunch of repair work on top of collecting rent from who knows how many people each week wasn’t the deal for me.


For more ideas on how to build a portfolio of investment properties for an income that lasts a lifetime, pick up a copy of What You Must Know BEFORE Becoming a Greedy Landlord.
Posted by George at 11:18 AM