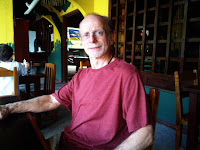 Assuming you have even thought about what might happen if your health took a change for the worse, did you figure you’d just let the government pick up the tab?
Well, you might want to give that idea another look.
Your state determines what you need to do to qualify for Medicaid assistance, based on Federal rules. Generally you can’t keep more than $2,000 in cash and investments; plus a car and home.
But with most states up to their eyeballs in red ink and no relief in sight, they’re looking everywhere they can to trim expenses, including Medicaid. Some states are getting tougher than others.
For instance, in , you can qualify for Medicaid-paid nursing home expenses after you buy an annuity with money that exceeds the allowed guideline. Meanwhile, if you hop over the state line to , the annuity concept won’t work.
Cuts could be coming for adult day-health programs and on routine dental care in nursing homes, too. And don’t be surprise to see an increase in the number of daily living activities that you need help with to qualify for Medicaid.

On top of the cutbacks, a handful of states are toying with ideas on how to recover Medicaid dollars they’ve already forked over for long-term care.
To sum it up: If you ever help with long term care costs, don’t expect the government to come to your rescue.
There are a few things you can do though ...
First, take an inventory of your assets and liabilities. Include the value of each and how they are owned.
Second, understand your state’s Medicaid rules. Click here for a good government source to check out.
Third, learn your options. In A Boomer’s Guide to Long-term Care, I explain the eight choices you have when planning for your long-term care.
Best wishes,
George
P.S. Got a question or comment about this posting or something else I’ve written? Then go to the comment box below. Or if you’d rather e-mail me directly, click here.
Posted by George at 5:08 PM