Bernie Sanders is all in … 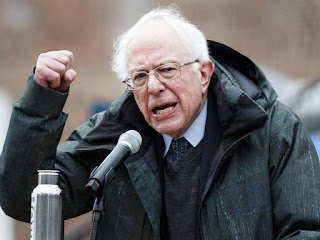 The Vermont senator has raised an impressive $10 million in less than one week.

And this past weekend he hosted the first official campaign rally in Brooklyn promising a political awakening that will send him to the White House.

His message hasn’t changed much since 2016 …

Back then, Sanders made no bones about it: He wanted free stuff for everyone. The self-proclaimed Democratic Socialist offered the moon.

The problem is that even if a Sanders’ administration had confiscated all of the wealth of those greedy billionaire robber-barons, it wouldn’t come close to covering the new spending he promised.

The field of Democrats is growing larger all the time. How they’ll differentiate themselves from Bernie while attracting the “Bernie Bros” should be entertaining.