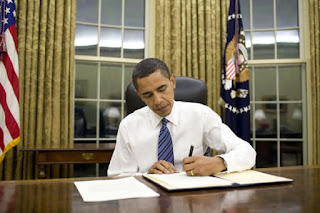 In What You Must Know BEFORE Becoming a Greedy Landlord, I included a section on tenant selection. I wrote:

Most people are honest and hardworking. And I’d venture to say that 96 percent would be terrific tenants. But you need to screen them all to sort out the 4 percent who are potential problems.

My biggest concern is getting stuck with a tenant who has a history of destroying previous rentals or not paying the rent. And I tell them upfront that if this type of thing shows up, the deal is dead. The tenant pays the background-check fee and gets it back if they pass.

If you are a landlord or plan to buy a rental property, you should know that you cannot base tenant selection solely on race, color, religion, sex, familial status, national origin or disability.

Now the Obama administration says that refusing to rent to someone with a criminal record could be a form of intentional discrimination and could get you in legal hot water.

As many as 100 million U.S. adults — or nearly one-third of the population — have a criminal record of some sort. Our prison population of 2.2 million adults is by far the largest in the world. As of 2012, the U.S. accounted for only about five percent of the world’s population, yet almost one quarter of the world’s prisoners were held in American prisons.

African Americans and Hispanics are arrested, convicted and incarcerated at rates disproportionate to their share of the general population. Across all age groups, the imprisonment rates for African American males is almost six times greater than for White males, and for Hispanic males, it is over twice that for non-Hispanic White males.

President Obama and HUD have concluded that based on the above facts, criminal records create barriers to housing that are likely to have a disproportionate impact on minority home seekers.

What all this means, as I interpret it, is that if you exclude someone because of a prior conviction, you must be able to prove that it was necessary to achieve a substantial, legitimate, nondiscriminatory interest. What’s more, you must apply the same standard to rental applicants of all races and colors.

You can read HUD’s April 4, 2016, guidelines regarding the use of criminal records for landlords here.

The sad thing is that this has nothing to do with fixing our broken criminal justice system or the fact that there are too many attorneys running around lose.

It’s simply shoving political correctness down the throats of hardworking Americans who invest their time and money to provide a decent home at a fair price for others to live.

And Congressman Dan Donovan (R-NY) thinks it’s wrong, too. He blasted HUD’s guidelines in an April 26, letter to Secretary Julian Castro. You can read it here.


The bottom line is that I can deal with someone who has had problems with the law. Everyone deserves a second or third chance. But whether I rent to them should be a decision I make based on what the background check reveals and my gut instincts … not what Obama and Washington bureaucrats determine is correct for my business.
Posted by George at 1:28 PM