Fed to remain patient; GDP misses mark; the week ahead … 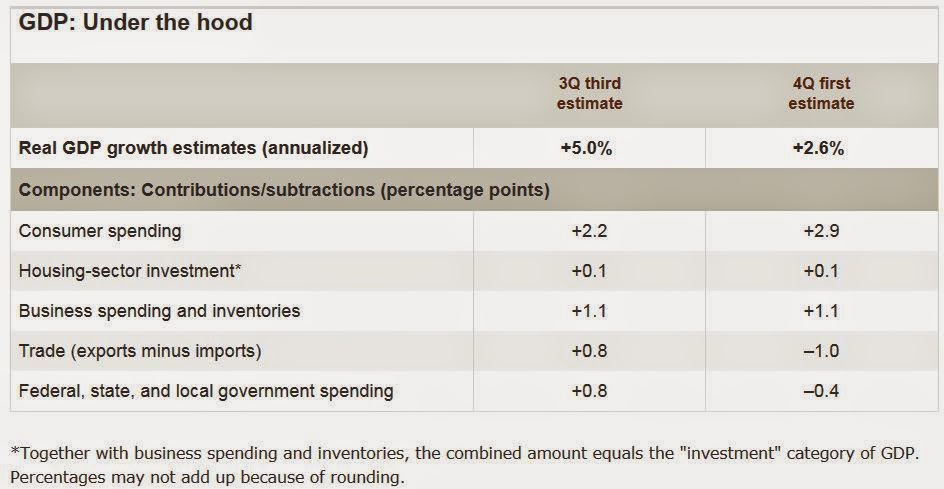 Growth in GDP, the value of all goods and services when adjusted for inflation, decelerated to 2.6%, according to the Commerce Department.

The Conference Board's Consumer Confidence Index jumped to 102.9 in January, eclipsing economists' forecasts and reaching its highest level since August 2007.